Midnight was mommy's little feral kitteh. He was the first cat to own her. He went out on his evening patrol on July 23, 2008 just before a sever flash flood, and she never saw him again.  She misses him, and hope he's okay where ever he is... He opened mommy's and daddy's hearts to the love of cats and it was because of him that they adopted us. (Photo taken from the second story deck.) 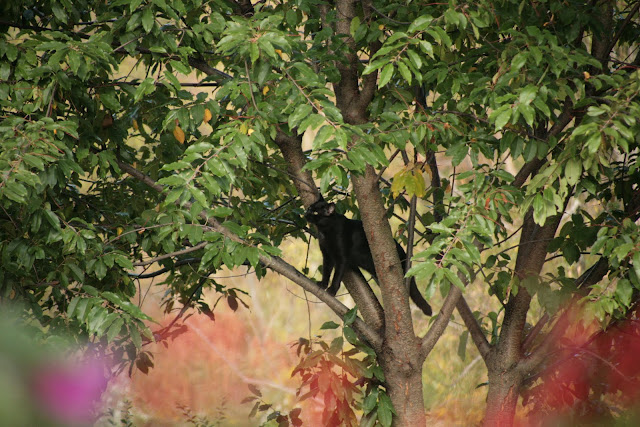 I'm not sure if he qualifies, but we wanted to share anyway. (We writes about him a little more later.)
Posted by Pip at 9:25 PM